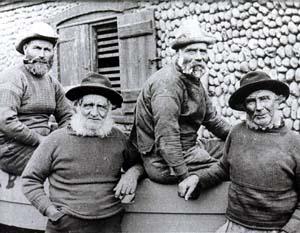 Legend has it that in 1826 a large ship was caught in a storm off the Sheringham coast. As the ship sank and the captain’s lungs filled with water, he cursed the fishermen who stood watching on the shore – they were afraid of the storm, and hoped to salvage the cargo.
Since that fateful night, local fishermen say they hear voices calling for help out at sea. When they launch a rescue party and locate the spot, it simply vanishes and reappears in another direction. This is their warning to seek shore, or be caught in the freak storm that follows.
This is the Yow Yows.

"The Yow Yows are fantastic! By far the best band I've heard for creating an atmosphere and getting the crowd going! All four really made the wedding reception after party such a success! You should have seen my grandmother dancing!"
Nick Conrad (BBC broadcaster), June 2013

Drop us a line

Processing...
You must fill all fields
You must enter correct email
We have error while sending your message
Your message has been sent